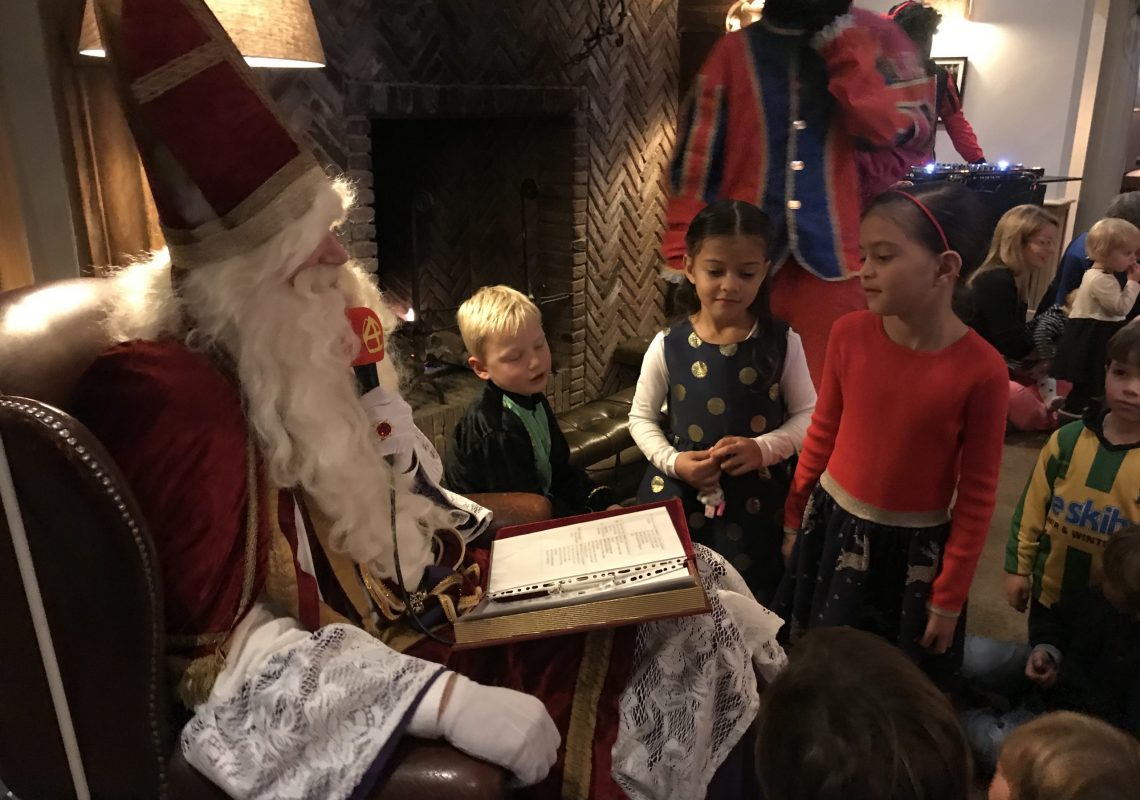 Sinterklaas or “Saint Nicholas” is a tradition celebrated in the Netherlands and in a few other countries in Europe on December 5. Sinterklaas (a bishop with a long beard who looks a bit like Santa Claus) arrives with his horse Ozosnel and his helpers “Zwarte Piets”, or “black Piets” on a steamboat from Spain on November 15, which is when all the festivities begin. Booths full of pastries, such as Ollieballen and Applebignets pop up in every neighborhood, and children leave their boots by the fireplace with carrots overnight, to see if they will get goodies, such as chocolate letters and kruidnotten (small spiced cookies) the next morning. There has been a big controversy about the “Zwarte Piets”, since they used to cover their face in black. This was considered racist, and linked to slavery, and this year after the “Black Lives Matter” demonstrations, they are to be “Piets” and will no longer be covering their faces with black charcoal.

Sinterklaas’ arrival destination was kept a secret this year, due to COVID-19, so we weren’t able to greet him, but we did find some poems and gifts by the chimney.